If you notice that a few shingles on your roof look slightly lifted or if you have a roof leak and you can't figure out where it's coming from, call a residential roofing contractor to check for nail pops. Nail pops refer to roofing nails that have backed out. This can happen to new and old roofs alike, and the loose nails can lead to a roof leak and the need for repairs. Here is why nail pops happen and how a roofing contractor can fix the problem.

Why Roofing Nails Back Out

It's fairly common to have an occasional problem with a roofing nail, but if the problem is widespread, the issue could be improper roof installation. The original roofer may have used nails that were too short so the nails aren't held tightly in place in some areas.

The problem might also be due to age and changes in the weather that cause contraction and expansion of the roofing parts. This movement of the nails causes them to get loose and start backing out.

Nail pops are easy to overlook. You might see an edge of a shingle slightly lifted by a nail, or you might see the head of a nail as it is working its way through the shingle. You might even see a few scattered nails on the roof that have popped out all the way.

How Nail Pops Are Repaired

Driving the nail back in the same hole isn't a good option for permanent repairs since the nail will still be loose and vulnerable to leaking. Instead, the roofing contractor will replace the old nail. The shingle above the nail has to be lifted so the nail can be reached. The old one is taken out and a new roofing nail of the proper length is driven in right above the old hole. Then, the hole is filled in so it won't leak.

If some nails have already popped through the shingles, the nails need to be removed and replaced. Then the roofing contractor has to seal the hole on top of the shingle to keep rain from leaking through. Your roofer may only need to fix a few nail pops to eliminate the risk of a roof leak.

The roofer may find the loose nails during a routine inspection before the nails start leaking. That's one reason why hiring a residential roofing contractor to check your roof periodically is a good idea. It gives them a chance to catch seemingly minor problems, such as a nail pop, before it starts leaking. 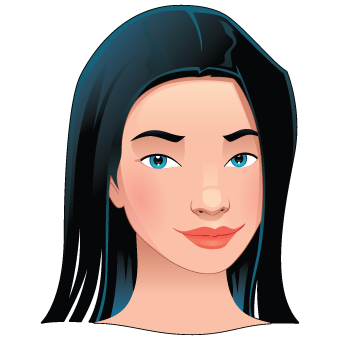